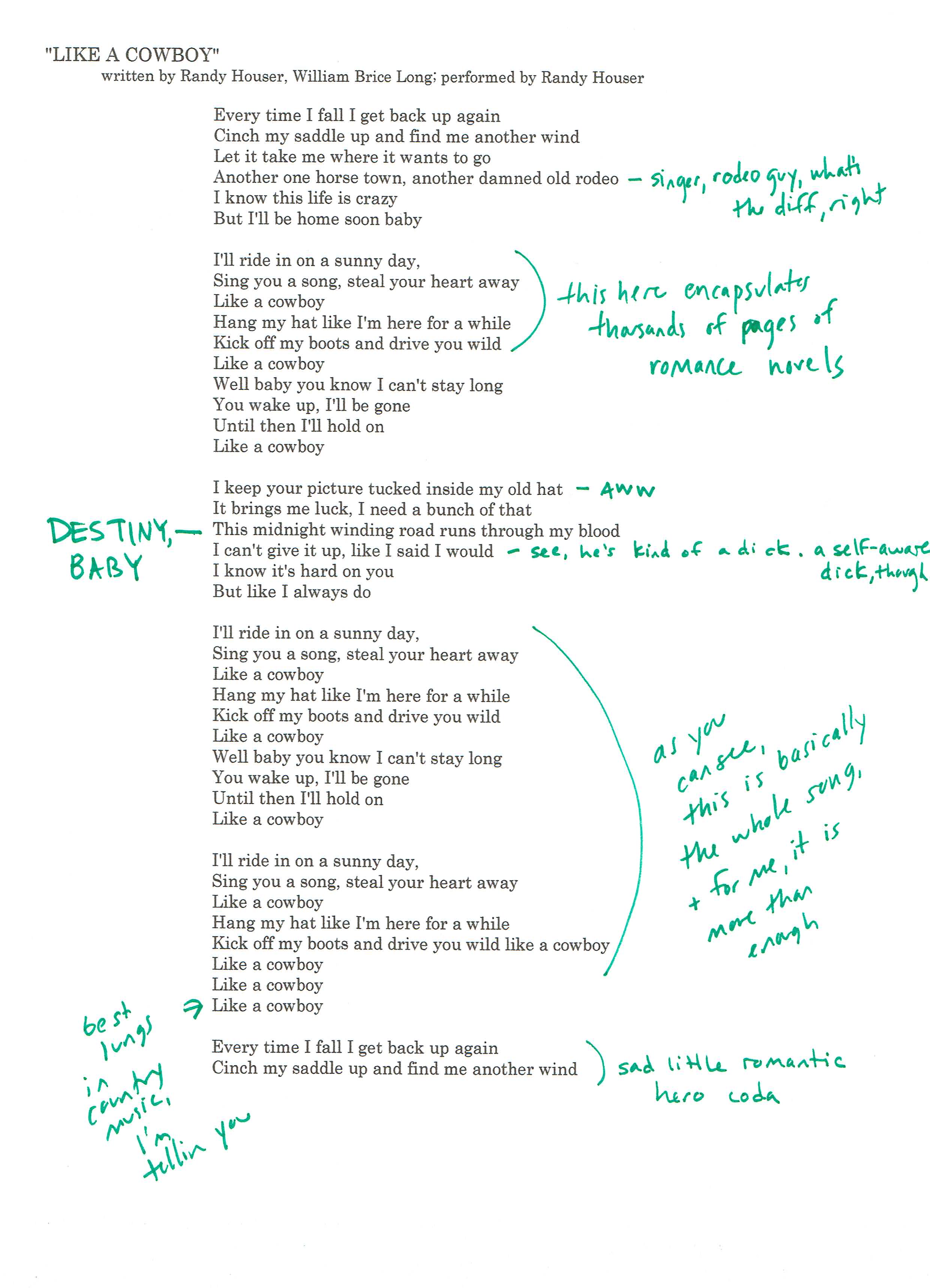 anatomy of a country music song 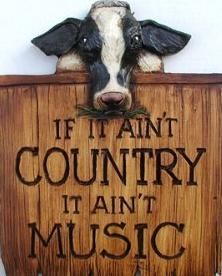 Figure 1. My friend Danielle used to drive an orange VW Beetle with a bumper sticker that said this

Today’s song, “Like A Cowboy,” has little analysis, because I absolutely love it, and its writer/singer, Randy Houser, so sorry if it’s not amusing. The paradox of praise: it can be deadly dull.

Randy Houser has some of the best pipes in country music today. And some of the best songs. Because unlike lots of country performers, he got his start writing songs, versus being some over-styled guy with abs and a Jack Daniels tattoo on his trainer-enhanced biceps.

The lyrics are good, the music is good, and his VOICE. Holy shit. He’s got some lungs. I saw him this summer in concert with several other acts (Luke Bryan, Thomas Rhett, Florida Georgia Line) and while Randy Houser can’t wear skinny jeans or muscle shirts or shake his butt at women til they scream like those dudes, he was far and away the best act of the night for me.

So here’s the video (again, I’ve never watched it, so can’t vouch for content, but here it is so you can hear the song itself) and my brief commentary is after the break…