Will Caynes never has been good with girls.

At seventeen, he’s still waiting for his first kiss.He’s certainly not expecting it to happen in a drunken make-out session with his best friend, Angus. But it does and now Will’s conflicted—he knows he likes girls, but he didn’t exactly hate kissing a guy.

Then Will meets Brandy, a cute and easy-to-talk-to sophomore. He’s totally into her too—which proves, for sure, that he’s not gay. So why does he keep hooking up with Angus on the sly?

Will knows he can’t keep seeing both of them, but besides his new job in a diner, being with Brandy and Angus are the best parts of his whole messed-up life. His divorced parents just complicate everything. His father, after many half-baked business ventures and endless house renovations, has started drinking again. And his mom is no help—unless loading him up with a bunch of stuff he doesn’t need plus sticking him with his twin half-sisters counts as parenting. He’s been bouncing between both of them for years, and neither one feels like home.

Deciding who to love, who to choose, where to live. Whichever way Will goes, someone will get hurt. Himself, probably the most.

“Will’s narrative voice is unadorned, striking exactly the right withdrawn emotional tone for a kid who has spent much of his life playing peacekeeper between his parents. He’s tormented about having sex with both Brandy and Angus: not because it makes him unsure about his identity (though this is also true), but because it means he’s a cheater—one of the many details carefully sketched in that will allow readers to sympathize with him. Intense, honestly described, and sometimes awkward sexual encounters will ring true for teen readers, and many will identify with the family strife, too. Pitch perfect, raw, and moving.” – Kirkus, starred review

“With her third novel, Mesrobian once again employs a fearless and honest tone, broaching the issues of sex and relationships with frank and sometimes crass language that rings true to the young male narrator. Her portrayal of bisexuality (though Will never specifically identifies with that word) is thoughtful, and realistic.” – School Library Journal

“Will’s balancing act of secrets is troubled: his compartmentalization of both his relationships and his identity prevents him from shattering, but it’s exhausting keeping those tenuous walls up. In Mesrobian’s brazenly honest, nonjudgmental account, however, Will never comes across as willfully cruel. In his sometimes disaffected, vividly sexual, and earnestly emotional first-person narrative, Will tries to sort out his myriad, often contradictory feelings, which don’t line up neatly with what he believes his options are. In Will’s candid, unapologetic voice, Mesrobian’s raw, sympathetic coming-of-age story uncovers the messy, painful, yet vitally important, process of self-discovery. A unique, imperative novel.” — Booklist, starred review

“Mesrobian specializes in boys: boys joining the military, boys realizing the costs of hookup culture, and now boys and sexuality. Seventeen-year-old Will is romantically inexperienced, but suddenly he is dating a girl and making out with his best friend. He doesn’t think he is gay, but he likes what he’s doing with Angus. Then again, he also likes what he’s doing with Brandy, and he likes—maybe loves—both of them. Time with them offers a respite from the fact that he leads two lives—one in a fancy suburb with his mother, another with his alcoholic father in Minneapolis. Will never imagines he is bi (an author’s note says the book is, in part, about “bisexual erasure”); he’s more worried that he’s a cheater. Will’s feelings for Angus and Brandy and his sense that he’s more himself when he’s with them come through clearly, and Mesrobian writes about sex—what it feels like, its power to satisfy and confuse—bluntly and effectively.”  — Publishers Weekly 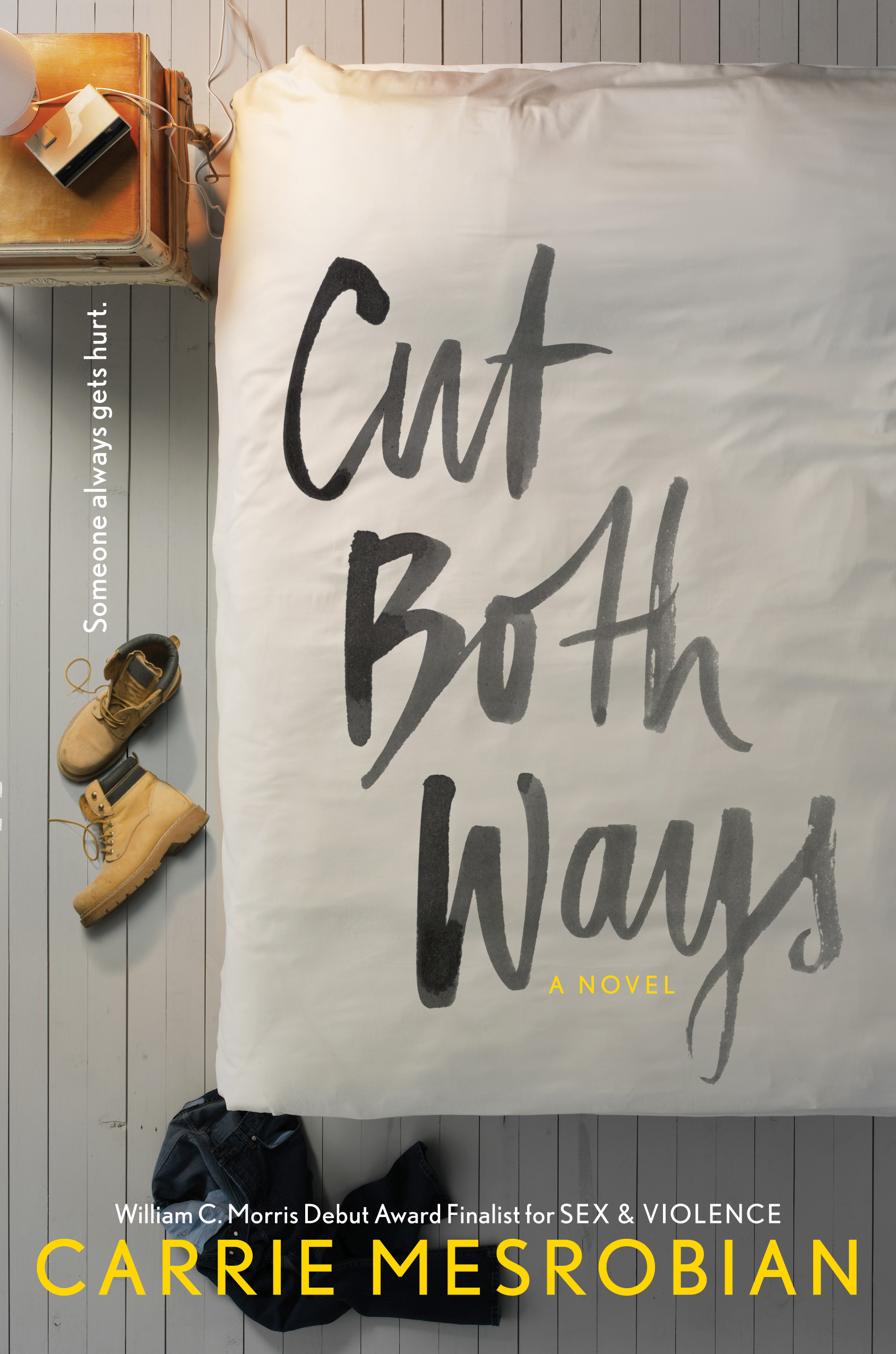